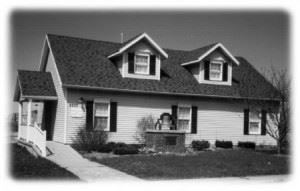 The town of Walworth was created April 20, 1829, from the town of Ontario. It consists of 20,425 acres of high rolling uplands which are the highest elevations in Wayne County. The soil is composed of a rich, sandy loam, and is very fertile.

The Millet brothers: Andrew, John, Samuel and Daniel were the first settlers in Walworth.

They came from Connecticut in 1799 and settles near what is now the hamlet of Walworth. Some of the Millets were not very fortunate. Daniel soon moved to Ohio, where he was mistaken for a bear one evening and shot. And Andrew, concerned with the number of trees being cut down, became obsessed that the world would run out of wood, and not wanting to live in such a world, hanged himself. The two other brothers, and a third, Alexander, who subsequently joined them, lived the remainder of their days happily in Walworth.

One of the prominent families in Walworth was the Yeomans family. Theron Yeomans came to Walworth from Greene County in 1830. After about ten years, he started a nursery business, which became very successful. Many of the orchards set out in Wayne County and throughout New York State came from Yeomans stock. Theron Yeomans was also responsible for introducing the first herd of Holstein cattle to America.

In 1870, a young woman came to Walworth as principal of Walworth Academy. Her name was Susan Cleveland, sister of President Grover Cleveland. Here she met Lucien Yeomans, a son of Theron, and in 1873, they were married. And so it was, when the Yeoman' two daughters were married in a double ceremony in June 1891, Grover Cleveland was an honored guest. This was President Cleveland's second visit to Warlworth. Almost ten years earlier, while governor of New York, he was a guest of his sister at Thanksgiving dinner.